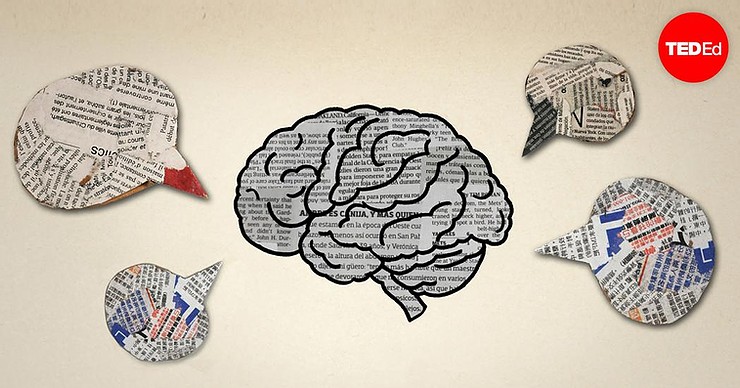 Isn’t it great when you can not only understand your coworkers, the cashier at the grocery store, the teachers at your kids’ school, and that annoying neighbour who keeps dropping by without an appointment (haha! JK)? Well, being bilingual definitely has it’s social benefits, allowing you to not only understand people from around the world, both when you travel or in your local neighbourhood (especially if you’re living in a community that is multicultural) but it also allows you to communicate back! Even in the smallest encounter, maybe it’s just saying hi to your neighbourhood mailman, it can be a fulfilling, encouraging feeling when you exchange feelings and emotions through words and are not lost in translation! You feel me?!

But here’s the even better news…being bilingual not only has social benefits, there are health benefits too! Having a bilingual brain keeps your brain healthy, stimulates complex activity, and keeps your brain engaged! There are several types of bilingual brains, all depending on how you grew up with more than one language, or how you adopted one that isn’t your mother tongue:

Compound bilinguals learn two languages with a single set of concepts. Take Maria, for a example, who’s family from Venezuela to the USA when she’s two. She will learn words for the same thing the two languages, Spanish and English, at the same time.

For more fun facts on bilinguals and the elasticity of a child’s brain when it comes to saturating new languages, watch Mia Nacamulli’s TED Talk on The Benefits of a Bilingual Brain.